Are you prepared for a disaster in your community? Come to Be Prepared: Emergency Preparedness Seminar on Saturday, June 9th in the Princeton Public Library Community Room. 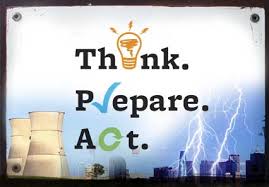 It was only a few years ago that a disease named Anthrax sent the entire region into a state of fear. That was a very isolated incident, but bioterrorism is still a very real threat. Last year, thousands of Princeton residents were taken by surprise when Hurricane Irene rolled into the Northeast. Concerned citizens bought out grocery stores for supplies, and many were left without power for over a week. That was only a mild part of the storm. Imagine if Princeton had really been at the center of a disaster. Whether it’s a hurricane, a massive fire, or even a biological attack, the government is ready to act. But do you know what would happen? Do you know what you would have to do to protect yourself and your family?

Come to the Princeton Public Library on Saturday, June 9th, from 4-6 PM to hear from experts in the fields on what to do in these situations. Dr. Laura Kahn is a research scholar at Princeton University and the author of Who’s In Charge?: Leadership during Epidemics, Bioterror Attacks, and Other Public Health Crises. She will be speaking about what would happen, and who would be in charge, in the event of a biological attack. Doug Rega is a Career EMT for Princeton Rescue Squad, who has had years of experience handling all types of emergency situations. He will be speaking about what the local emergency personnel do in the event of an emergency and what you can do to prepare yourself.

This seminar has been developed for the community by William Meyer, as an eagle service project. William is a Junior at Princeton High School where he serves as Captain of the Debate Team and President of the Democrat Club.  He has been a member of scouting since the age of eight.  He currently serves as Senior Patrol Leader of  Princeton’s Troop 43 which meets Monday nights at Littlebrook Elementary School from 7-8:30,  September through June. More information about the troop can be found at http://www.princetontroop43.org/home .